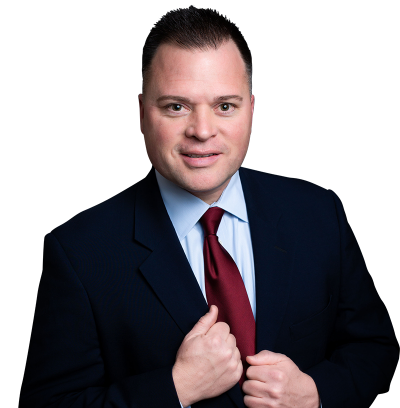 Professional Skills
Matt’s understanding of digital strategy — which spans marketing, technology and optimization — is unique among individuals in the industry. He has been active in this business since the very beginning, and has worked successfully with clients in the government, corporate, academic and non-profit realms on their digital strategies, from global brands to unknown start-ups. His launch of the BPS/BPC community summarizes his talents best: he has the credibility to talk with senior digital professionals from the world’s largest and best-known companies, and had the foresight to get ahead of the marketplace and spearhead the development of what is going to be the premier digital community over the next 10 years. Matt is very detail-oriented and very efficient in his efforts. He has the ability to balance the needs / wants of different elements in order to reach the appropriate balance that benefits all parties involved. He sees the “big picture” and not just the small views.

Background
Prior to assuming his role as Managing Partner at BlackPoint Creative, Mr. Konkler served as Executive Director for the National Center for Complex Operations (NCCO) and as senior advisor – national security, with the Indiana Economic Development Corporation (IEDC). In his role at NCCO, Mr. Konkler was responsible for developing strategic relationships within the national security sector and establishing a consortium comprised of members from federal and state agencies as well as academic, corporate and non-profit partners. From mid-2009 to 2011, Konkler served as a program manager at Raytheon Company, where he focused on business development within emerging international markets.

In 2001, Mr. Konkler received a Presidential appointment (George W. Bush) to the Office of the Secretary of Defense, The Pentagon, where he served two Secretaries of Defense, the honorable Donald H. Rumsfeld and the honorable Dr. Robert M. Gates. He has traveled to 119 countries in support of the U.S. armed services, including numerous visits to Iraq and Afghanistan, as well as extensive travel throughout the NATO alliance.

Before accepting his Presidential appointment, Mr. Konkler was employed at the corporate headquarters of the U.S. Airways group in Arlington, Va., where he was responsible for managing and developing corporate accounts on the east coast. Mr. Konkler’s largest client was the National Football League (NFL). He has also worked in local government in his home state of Indiana.

Mr. Konkler joined Sagamore Institute as a senior fellow in November of 2012 and became a member of the Indiana State University College of Technology Executive Board in 2014. He is a member of the Indiana Aerospace & Defense Council (IADC), Selective Service Board of Indiana, Association of Unmanned Vehicle Systems International (AUVSI) and the Sons of the American Legion. He is a two-time recipient of the United States Department of Defense Medal for Distinguished Public Service presented by Hon Donald H. Rumsfeld and Dr. Robert M. Gates. Konkler is an honors graduate of Oakland City University and earned an MBA from ORU in Tulsa, Okla.

We use cookies and similar tracking technologies to track the activity on our site. Find out more.